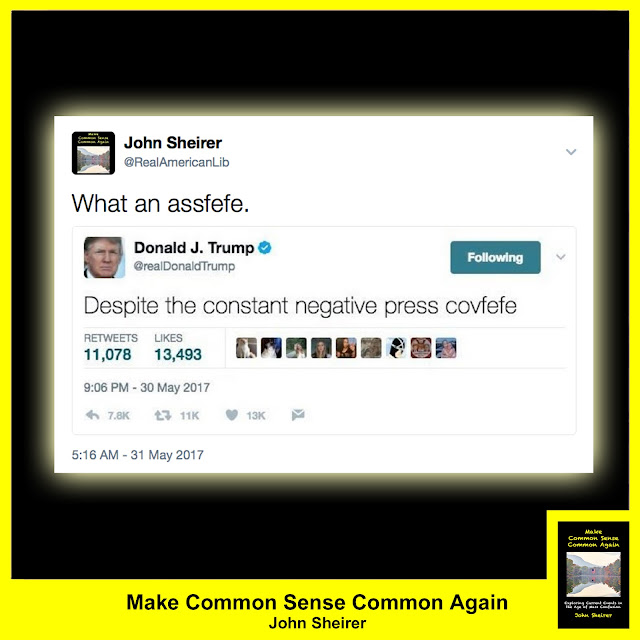 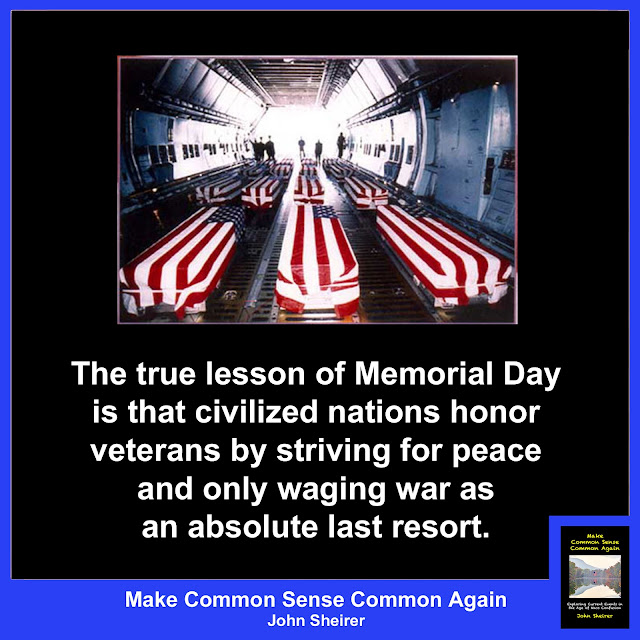 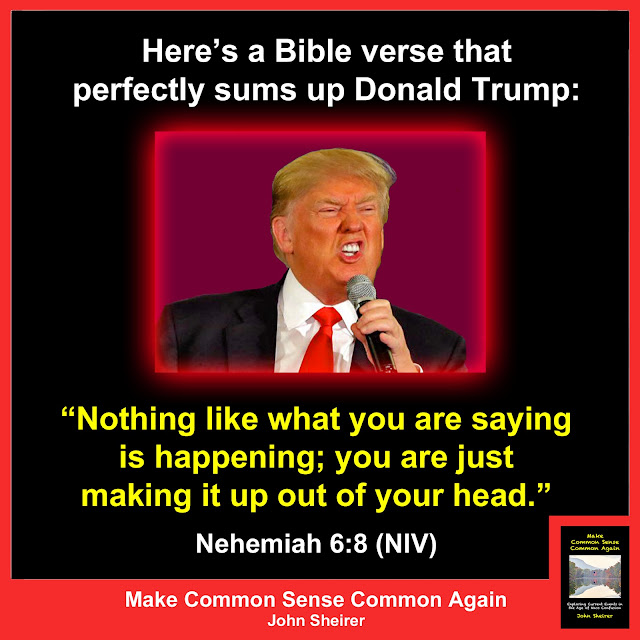 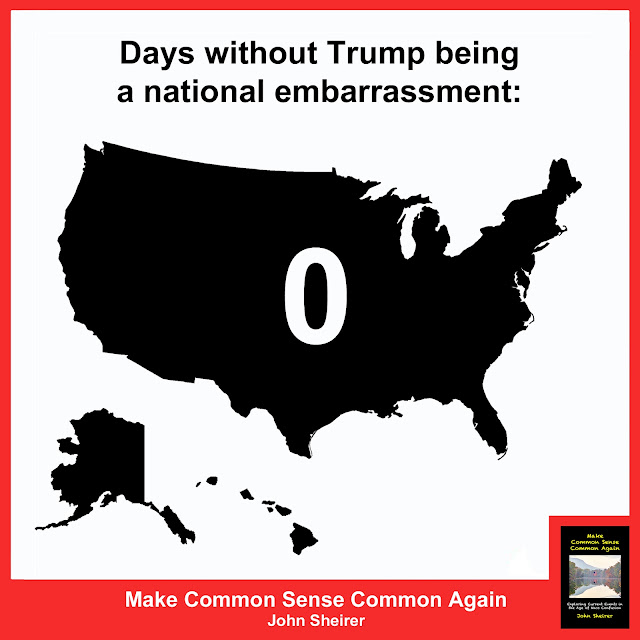 Trump’s tiny hands are the most normal thing about this picture. 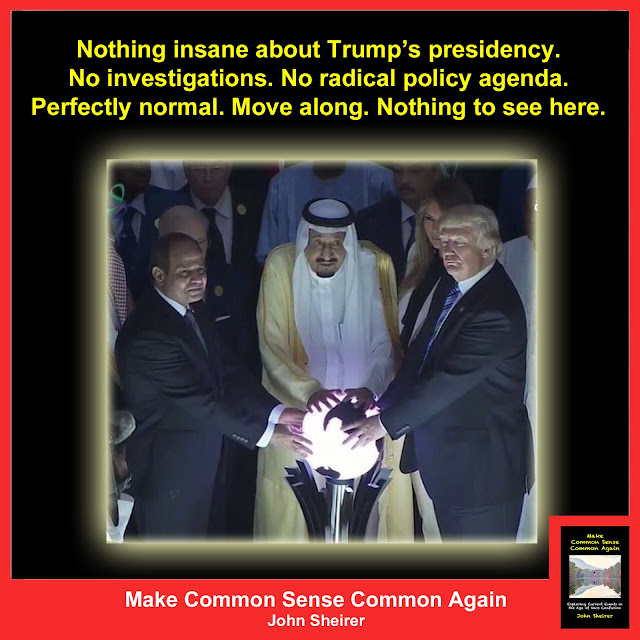 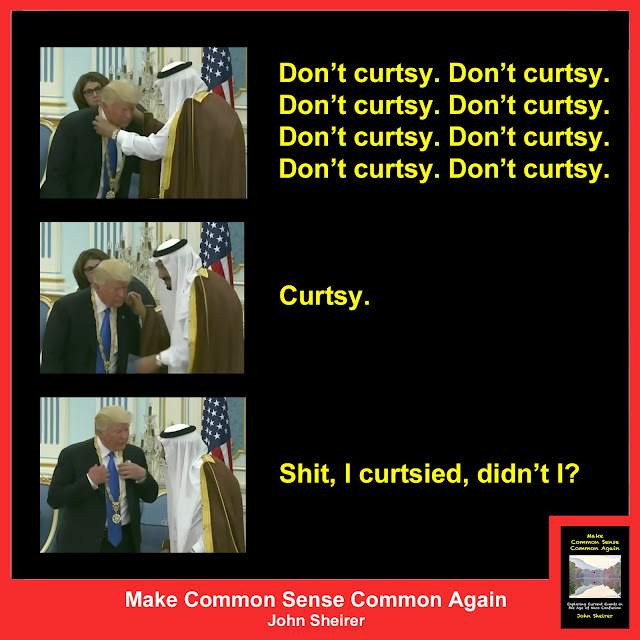 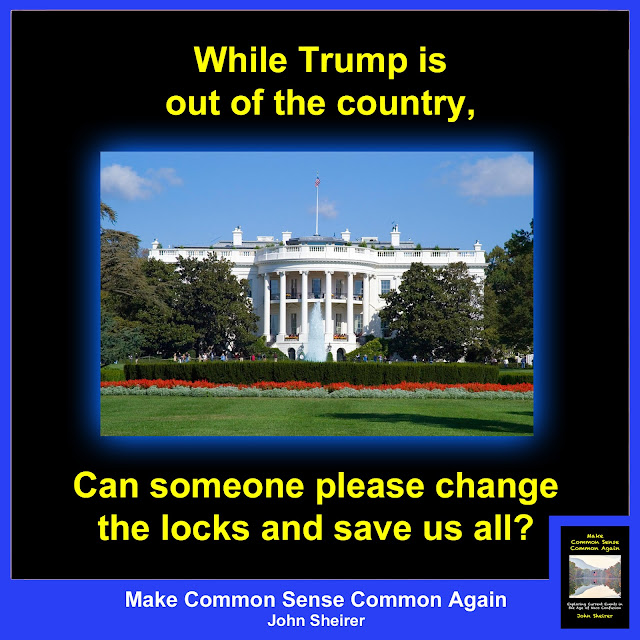 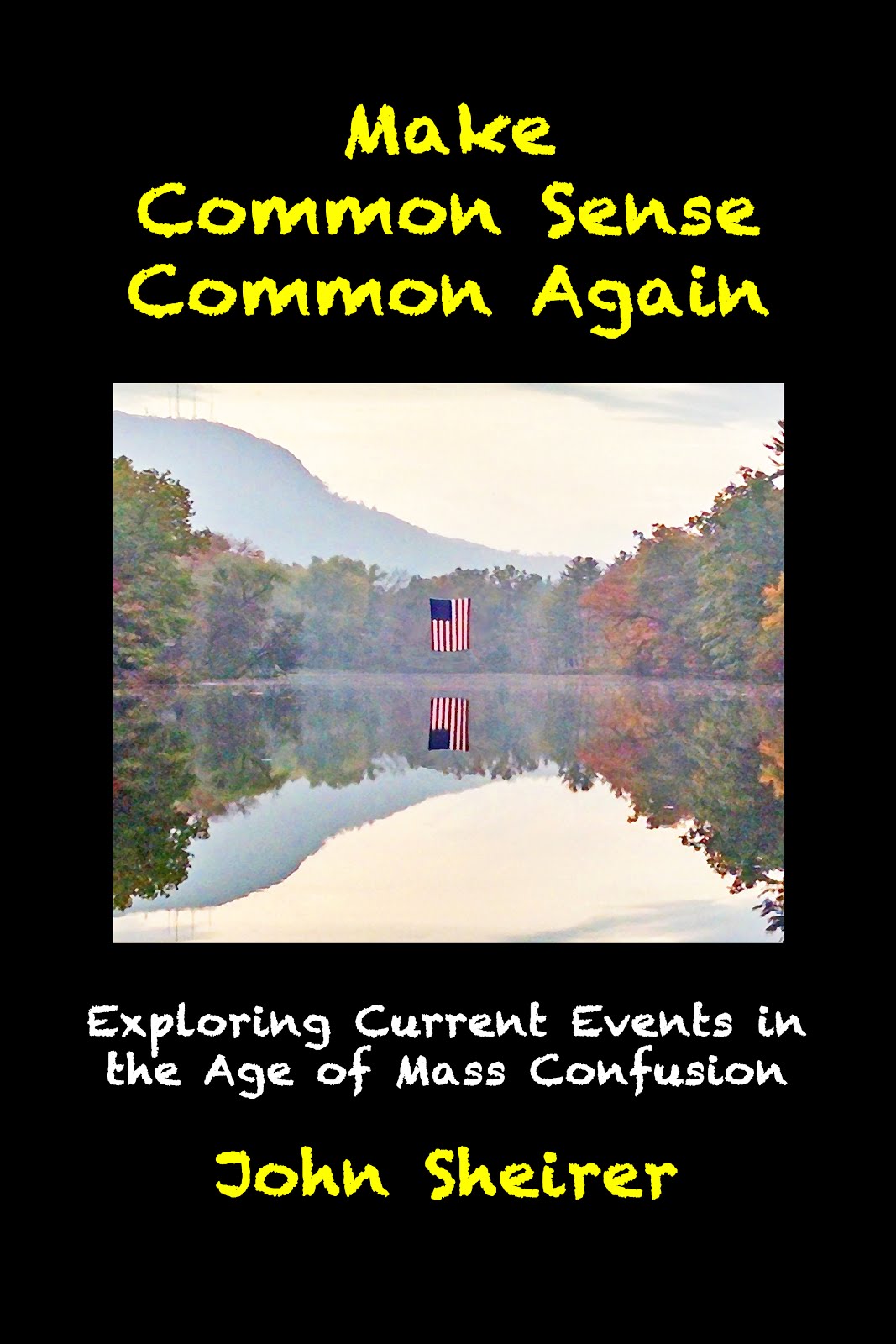 Has the United States gone insane? Considering the political circus of recent years, the easy answer is “yes.” But John Sheirer looks deeper to identify the underlying confusion and show us the core American values that can overcome the insanity, let us laugh at ourselves, and find common sense solutions to our nation’s confusion. We don’t expect political commentary to come in the form of compelling literature, but Sheirer’s gentle wit, knowledge of the issues, compassion for his fellow humans, and highly tuned B.S. detector lift this book from being just another partisan rant to a literate and readable examination of our shared citizenship and humanity.

"... an outlier of logic, reason, and humor in today's often murky and distracting political dialogue. John Sheirer gives entertaining and incisive views on media, policy, elections, and the compendium of issues facing Americans. He gets us refocused and inspired to follow the road to real progressive values." -- David Pakman, host of The David Pakman Show

"In a political world cluttered with knee-jerk opinions and mindless punditry, John Sheirer is a refreshing alternative voice. He shows liberals how to defeat right-wing lies, not with demagoguery and hysterics, but with common sense wisdom and a neighborly style." -- Bill Scher, host of the Talk Me Down podcast

“John Sheirer brings an everyman’s approach to any number of issues. Like reading your favorite comic strip first, John’s columns take priority over everything else on the Op-Ed page, always making sharp and compelling points without resorting to the sledgehammer techniques of others.” -- Bob Flaherty, Morning Host, WHMP-96.9 FM, 2014 New England Radio Personality of the Year, Author of novel Puff

John Sheirer
John Sheirer (pronounced Shy-er) is an award-winning teacher and author. His previous book on politics and current events, Tales of a Real American Liberal, gave rise to a very popular Facebook page by the same name where John posts political commentary that reaches hundreds of thousands of readers every day. At the local level, he writes a monthly column for his hometown newspaper, the Northampton, Massachusetts, Daily Hampshire Gazette (the 2015 New England Newspaper of the Year). John is the author of many other books, including his delightful series of children’s picture books coauthored with his dog Libby. His previous books also include a creative writing idea book, What’s the Story?; a short story collection, One Bite; two memoirs, Loop Year: 365 Days on the Trail and Growing Up Mostly Normal in the Middle of Nowhere; and a public speaking guidebook, Shut Up and Speak! John has taught English and communications at Asnuntuck Community College in Enfield, Connecticut, for more than two decades.